How would the new trail connect to existing trails within Putnam Park?

Sonoma County Regional Parks is pursuing plans to build a 1/2-mile trail that will connect the Scott Ranch trail north of Kelly Creek to the existing Ridge Trail within Putnam Park. As this map shows, the new trail will switch back up through trees on the south side of the creek and join the existing trail well away from the Victoria homes on Oxford Court.

What is the expected timing of the construction of the various elements of the park extension project?

The various elements of the Putnam Park Extension Project component would be implemented in three phases:

Phase 1 would last approximately three to four months and would include grading the upper parking lot and completing the construction of the lower parking lot, two pedestrian bridges, temporary restroom, associated infiltration basin, north segment of the loop trail with connection to Helen Putnam Regional Park and the barn center. We expect this phase to be completed before residents move into the new Davidon homes.

Phase 2 would last approximately six to nine months and would include construction of the upper parking lot off Windsor Drive, permanent restroom, playground, group picnic area, trail along D Street and Windsor Drive to the barn center, internal bracing of the barns, ephemeral drainages restoration, pasture improvements, planting, and irrigation.

Phase 3 would last approximately three to four months and would include completion of the loop trail, installation of the third footbridge, and barn restoration.

Once the property is transferred to Sonoma County Regional Parks, the exact timing for implementation of the different phases of the Putnam Park extension project will depend on available funds and priorities of the Sonoma County Regional Parks District. We know the district is excited about the project. KCPP plans to collaborate with the district in pursuing grant funding to support the improvements described in our park plan. But that can occur only after the City approves the project and we have closed escrow on the 44 acres Davidon has agreed to sell to KCPP.

We have raised over $5.1 million for both acquisition of Scott Ranch land and to help pay for Phase 1 improvements. That includes $4.1 million of public and philanthropic donations, which we deposited into escrow for the purchase, $1 million from the county’s Ag + Open Space matching grant program, and tens of thousands of dollars from generous donors.

What is the benefit of allowing cows to graze on Scott Ranch?

Grazing cows reduce fire risk by reducing flammable grasses. They also prevent degradation of habitat by foraging on exotic nonnative grasses. Cows currently graze on Scott Ranch; with implementation of the project they will continue to graze but will be kept away from the areas near the creek and stock pond to prevent erosion and harm to native species. Biological studies have found that the grazing of cows is compatible with—and beneficial for—the conservation of red legged frogs.

Will there be a homeowner’s association (HOA) for Scott Ranch?

The residential portion of the project will have an HOA, which will be responsible for maintaining all the open space around the houses as well as the infiltration basins. The HOA will not be financially responsible for maintaining the park portion of the property, which will be owned and managed by Sonoma County Regional Parks.

Will horses be allowed on the new trails in the Putnam Park extension?

Yes, the trails north and south of Kelly Creek will be multipurpose trails that will allow hikers, bikers, and equestrians.

What happens if the City Council does not approve the housing/park project?

If the City does not approve the project, we cannot purchase three-quarters of the property and convey it to Regional Parks. All of Scott Ranch would remain in private ownership. There would be no extension of Putnam Park, no renovation of or education center at the red barns, no new trails or parking, and no restoration of habitat for the red legged frogs. Millions of dollars donated by hundreds of local neighbors as well as the one million dollar matching grant from Sonoma Ag + Open Space will go for naught. See the guest editorial published by the Argus Courier for further perspective on what could happen if the combined Putnam Park Extension/Limited 28-Home project is not approved.

What has to happen to protect Scott Ranch from development?

Davidon Homes, which currently owns the property, has agreed to sell the most environmentally sensitive 44 acres of the land to the Kelly Creek Protection Project for $4.1 million. This part of the property is also the most viable portion of the land to protect as open space for public enjoyment.

Before Davidon transfers title to us for the 44 acres of parkland, our agreement requires approval from the Petaluma City Council on Davidon’s plans to develop 28 homes on the north side of the property.

Where is the money coming from?

Earth Island Institute’s Kelly Creek Protection Project has raised $4.1 million now in escrow to purchase 44 acres of the Davidon land. Additional funds are expected to come from a $1 million matching grant from the Sonoma County Ag + Open Space District, freeing up that amount for development of trails, bridges, restrooms, and parking lots for public recreational access.

How was the compromise of allowing Davidon to build 28 homes in the case of a partial purchase reached?

Representatives of the Kelly Creek Protection Project spent months in extensive negotiations with Davidon Homes to strike a balanced deal that protected the most environmentally important parts of the property and maximized opportunities for a park expansion while allowing Davidon an economically beneficial use of its property. As part of the negotiations, the Kelly Creek Protection Project agreed to pay Davidon to reduce the number of homes to only 28, the minimum allowed by the current zoning designation for the property. Davidon in turn agreed to update its proposal to reduce the footprint of the development, protect viewsheds, and lessen impacts on existing homes in the area. The Draft Environmental Impact Report prepared for the City in 2017 called a 28-lot option the “environmentally superior alternative.”

What happened to the option of acquiring the entire property for $11 million?

After KCPP met the deadline for the purchase of 44 acres by depositing $4.1 into escrow by September 1, the Purchase and Sale Agreement allowed another three months (to December 1) for KCPP to raise another $6.9 million to acquire the whole 58 acres. We successfully raised $230,000 more but fell short of the complete buyout price, so we will be unable to exercise the full buyout option. The extra funds we did raise, as well as future donations and grants, will go for park improvements, operations, and maintenance, so the public can access and enjoy this extension of Putnam Park.

Will there be an environmental review process open to public comment and public hearings?

Yes. There will be an environmental review of the 28-home project and the Putnam Park Extension Project. The public will have the opportunity to comment on both projects and the associated environmental review and to testify at hearings before the Planning Commission and City Council. 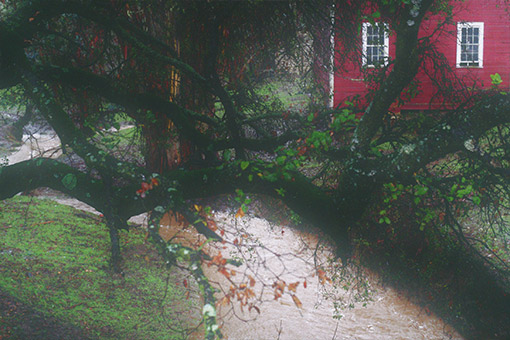 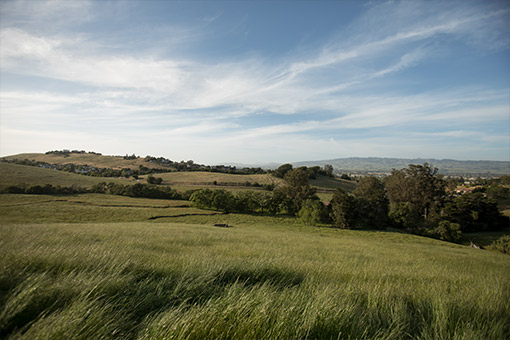 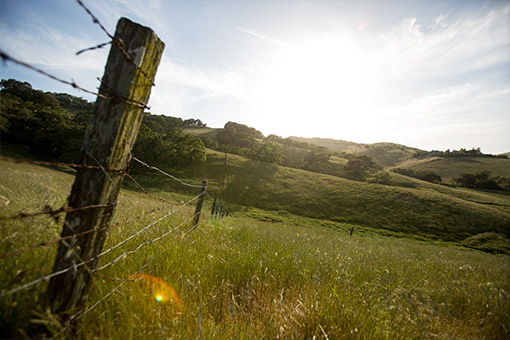 How will the California red-legged frog and other wildlife species be protected?

This property contains some of the best habitat for the threatened California red-legged frog in the region, including a viable stock pond and deep creek tributaries. By protecting Kelly Creek and the land surrounding it, this habitat is preserved – providing an irreplaceable haven for this species and others that rely on a healthy riparian and aquatic environment.

How will the park development, maintenance, and operations be paid for?

KCPP has already raised more than $1 million that can be used for development of key aspects of the park (such as trails, restrooms, and parking). KCPP will continue to seek public and private funds to restore and improve the wildlife habitat, the ranch buildings, and the public experience. Once the land is donated to the Sonoma County Regional Parks District, the district will maintain and operate the park as it does many other parks in the county.

How does this 28-lot housing subdivision plan differ from what Davidon proposed the last time, in 2017? Is this the same as the 28-lot alternative described in the Draft EIR in 2017?

The subdivision for which Davidon Homes is seeking approval as part of this agreement is a more modest version of the 28-lot design previously included as an alternative in the EIR, and significantly smaller than the 66-unit development Davidon was pushing for at that time. The new project plan is for mid-range, not luxury, mostly single-story homes. It includes an increased buffer between the housing development and the parkland and existing homes, and will have fewer impacts on views for existing neighbors.

What is the timeline for review and approval of the proposed development plan put forth by KCPP and Davidon Homes?

Project applications for Davidon’s home development and KCPP’s proposed park extension have been submitted to the City of Petaluma and are a matter of public record. A revised draft environmental impact report that will address the requirements set by the California Environmental Quality Act (CEQA) has been prepared by the City as the lead agency reviewing the revised project. Exact timelines will be set by the City. The City’s Planning Commission will conduct its initial hearing on the revised EIR for the project on February 9, 2021 and the City Council’s initial hearing on the matter is tentatively scheduled for March 1, 2021. KCPP will keep you informed.

How can the public weigh in on the plans for the Scott Ranch land?

There will be a public comment period on the environmental impact report and the chance to appear and testify before the Planning Commission, City Council, and other resource agencies before any decision is made. The final decisions will be made in open public sessions by our elected officials. If the City denies approval of the new park and home development proposal, Davidon Homes will still own the entire ranch. Because the land is zoned for 28 to more than 100 homes, Davidon would retain the right to pursue a larger development at a time of its choosing.

Could the City Council declare that no houses can be built anywhere on this land due to environmental problems? Can the City force Davidon to give up the land and donate it for open space and parkland?

Davidon Homes owns Scott Ranch and by current zoning designation is allowed to build at least 28 homes there under the City’s General Plan. Landowners cannot be forced to give their property away even if they can’t subdivide and develop it. Refusing Davidon some reasonable economic use of its land could expose the City to a potential “unconstitutional takings” lawsuit.

What if the City doesn't approve the revised EIR and the project application for 28 homes?

We are able to purchase the property for the extension of Putnam Park only if Davidon receives City approval to construct 28 homes on the land. If Davidon does not receive approval for its 28-home proposal, it has no obligation to sell the 44 acres to KCPP. KCPP would then no longer have the right to acquire the 44 acres and would not receive the $1 million Open Space matching grant for the acquisition. Davidon would be free to reapply to the City to build more than 28 homes or to sell the property to another developer with no restrictions on the property.

Will donations be used by KCPP to pay for anything other than the purchase of this land?

All donations received through July 31, 2019 will support improvements required before the property can be transferred to Sonoma County Parks. Due to the extensive environmental review process required by the City, some funds raised on or after August 1, 2019 may be used to assist KCPP with administrative costs associated with securing approval for the project.

Yes! Please keep me informed about the plan to Extend Putnam Park.

Thank you! Together we can make it possible to extend Putnam Park.